By Steve Hubball
The Jaimini Scholar Program seeks to continue the esteemed Jyotish lineage of Pandit Sanjay Rath and Atri Gotra, and reveal the true teachings and spiritual wisdom of Maharishi Parashara and Maharishi Jaimini. 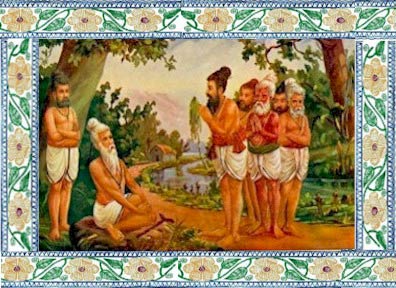 Parāśara says, “Know that Kṛṣṇa Dvipāyana Veda Vyāsa is none other than Nārāyaṇa himself. “ In each Manvantar, Viṣṇu took the form of Vyāsa in order to segregate the Vedas for the welfare of the world. The form Viṣṇu takes in order to divide the Vedas is known as Veda Vyāsa. Viṣṇu did this in each Dvāpara Yuga, and therefore appeared 28 times to classify the Vedas, which would merge into an unidentifiable whole after each pralaya. In each of his Vyāsa incarnations, Viṣṇu had different names such as Swayambhu Manu, Uśamā.